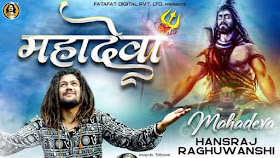 Maha Shivaratri is a Hindu festival celebrated annually in honour of Lord Shiva, and in particular, marks the day of the consummation of marriage of Shiva. There is a Shivaratri in every luni-solar month of the Hindu calendar, on the month's 13th night/14th day, but once a year in late winter (February/March, or phalgun) and before the arrival of Summer, marks Maha Shivaratri which means "the Great Night of Shiva

It is a major festival in Hinduism, and this festival is solemn and marks a remembrance of "overcoming darkness and ignorance" in life and the world. It is observed by remembering Shiva and chanting prayers, fasting, and meditating on ethics and virtues such as self-restraint, honesty, non-injury to others, forgiveness, and the discovery of Shiva. The ardent devotees keep awake all night. Others visit one of the Shiva temples or go on pilgrimage to Jyotirlingams. This is an ancient Hindu festival whose origin date is unknown

In Kashmir Shaivism, the festival is called Har-ratri or phonetically simpler Haerath or Herath by Shiva faithfuls of the Kashmir region.

Watch the video Now: Click here
Tag : Usefull For All